I Brew, Therefore I am

Charlie Schick is an ex-scientist and determined practical microbiologist. He writes about science, media, and other lofty subjects at http://molecularist.com

Long ago, people discovered that not all food-spoiling processes were harmful. Indeed, people have harnessed fermentation, a spoiling process, to preserve foods – beer, wine, cheese, sauerkraut, cider, kimchee, yoghurt, and, of course, surströmming (you won’t believe what it is).

To me, humans have always been practical microbiologists: we probably settled down to farm barley for beer, one of the oldest pieces of writing is a recipe for beer, and it’s not surprising that early biochemists studied enzymes in the fermentation process. 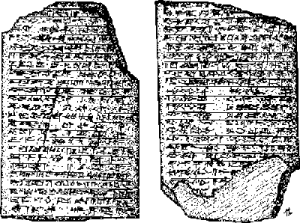 For us DIYbiologists, making foods like beer or yoghurt offers a great way to learn sterile techniques, handling of microorganisms, and many of the principle of microorganism culturing – growth media, inoculation, and strain growth conditions.

I brew beer and make yoghurt. Making yoghurt is stupidly simple. Starters are available from any live-culture yoghurt found in the supermarket. And I use mason jars (usually from spaghetti sauce) for the fermentation.

Brewing beer from malt extract doesn’t require an inordinate amount of time or equipment. Brew shops have various strains of yeast you can use as a starter. And if you’re adventurous, you can capture natural bacteria and yeast to form a starter.

Do you ferment anything? Beer, wine, or cider? Do you use microorganisms for food production?

← Bulletproof silk sheets, thank you science
Piracy in the age of DIYbio →